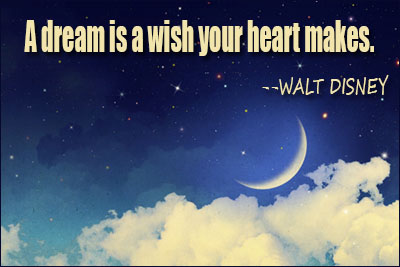 Dreaming, it is what we do when we are asleep. Dreams make it possible for the impossible. When we are children we dream of what we could be when we grow up. Most of us dream of bring rich and famous. I, on the other hand, dreamed of working with the rich and famous.

I went through over five years of post secondary education and there is one lesson that I learned in English class that I will never forget. The teacher asked everyone who here likes rap music? The majority of the class raised their hands. She then went on to ask, who here knows what rap stands for? People started guessing and she abruptly interrupted them by saying, rhythmic American poetry. She then went on to say so many of you listen to the music but none of you know what the acronym stands for. She also went on to say that Eminem has a degree in English.

Now here I am thinking, what?! Eminem who raps about murder and drugs has a degree? I have seen the movie Eight Mile. Not once did it depict the man going to school. It was all about sex, drugs, rapping and violence. My next thought wasn’t about music, it was about my dreams and aspirations.

Before this moment I totally forgot about my dream career. That is probably because I got distracted about a hundred times with dreams of being rich. Life takes you down so many roads and for most people your dreams change with the economy. I am definitely like most people.

There was a short period of time i’d say from 1999-2001 where boy/girl bands were popping up on the radio and television. For a thirteen year old girl starting your own band and creating cool songs that everyone knew the words to was the dream worth living. I didn’t want to sing or dance, although I would have to admit I can sing like a canary. I only wanted to write music. I wanted to write the lyrics that everyone was singing in their head. I wanted to pour my heart into something that would be a legacy even for just one moment. That dream disappeared when my social life became more important than my writing career.

After I suffered through grade 11 math, chemistry, and biology I decided to take history and English classes. My dreams of writing came back when I took a creative writing class in grade 12. I was able to spew out short stories and poems in minimal amounts of time. I wanted to make a lot of money in my career and law was my way out. I wanted to be a judge since I was in kindergarten. I realized that lawyers eventually become judges and there was no way around that. I sat thinking about taking politics, I couldn’t suffer through politics it would have driven me mad. I then decided to apply to the English program, I figured that lawyers need to know how to write to draft documents. And there it was again, my dream of writing got lost in contract law.

It was in college/university that rap music went on a decline. In the 90’s rap music was about the movement. Rap music was a way that an ordinary human being can tell their stories of trials and tribulations through rhythmic speech. NWA, NAS, the Fugees, Wu Tang, Onyx, A Tribe Called Quest, Bone Thugs in Harmony, Mo Thugs, Notorious B.I.G., Tupac, 112, Ruff Ryders, and more rappers began to retire and artists like Lil Wayne, Rick Ross, Birdman, T.I., T-Pain and more began emerging. The majority of new rappers didn’t have to rap about anything that made sense and with the emergence of  auto-tune they didn’t even need to know how to sing.

My dreams of writing music died when auto tune took over rap music. I have to give some artists the benefit of the doubt, some of them are lyrically blessed. I have resorted from listening to Wu Tang and Onyx to Chris Brown and Rihanna because their music has some meaning. I decided after being with child that if I was going to make money writing it would be with Technical Writing. I love to research and write and pour myself into a document. I have found a way to make a profit off of something I love to do although it wasn’t my first choice, it will be my last career choice.